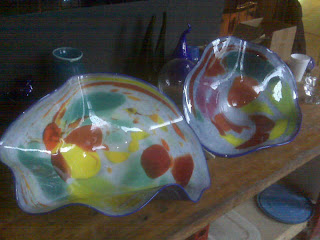 indiecoffeeshops.com
This is a great resource for visiting a new town and looking for coffee shops.
Posted by Unknown at 9:28 AM No comments:

This is a nice story from a delightful movie.
The first one to get the character and the movie gets a paperweight or maybe a nice golden cup.

It begins with the king as a boy, having to spend the night alone in the forest to prove his courage so he can become king. Now while he is spending the night alone he's visited by a sacred vision. Out of the fire appears the holy grail, symbol of God's divine grace. And a voice said to the boy, "You shall be keeper of the grail so that it may heal the hearts of men." But the boy was blinded by greater visions of a life filled with power and glory and beauty. And in this state of radical amazement he felt for a brief moment not like a boy, but invincible, like God, so he reached into the fire to take the grail, and the grail vanished, leaving him with his hand in the fire to be terribly wounded. Now as this boy grew older, his wound grew deeper. Until one day, life for him lost its reason. He had no faith in any man, not even himself. He couldn't love or feel loved. He was sick with experience. He began to die. One day a fool wandered into the castle and found the king alone. And being a fool, he was simple minded, he didn't see a king. He only saw a man alone and in pain. And he asked the king, "What ails you friend?" The king replied, "I'm thirsty. I need some water to cool my throat". So the fool took a cup from beside his bed, filled it with water and handed it to the king. As the king began to drink, he realized his wound was healed. He looked in his hands and there was the holy grail, that which he sought all of his life. And he turned to the fool and said with amazement, "How can you find that which my brightest and bravest could not?" And the fool replied, "I don't know. I only knew that you were thirsty."
Posted by Unknown at 9:00 AM 2 comments:

I am thinking about the process. It is the thought. the awareness of what it is to go without. The overriding bringing the idea forth. Something in the awareness of it that gives it substance.
Posted by Unknown at 8:19 AM No comments:

The beginning of the lentin season again. Time seems to flow by quickly. Deciding on what to let go of. I am thinking bread. I am going to try to go bread free for the next 40 days. The Wedge on Sunday evenings and no pizza may be hard. Monday stop at Prairie Thunder will be difficult not to make. French Toast for breakfast is not for the next month.
Posted by Unknown at 8:41 AM No comments: 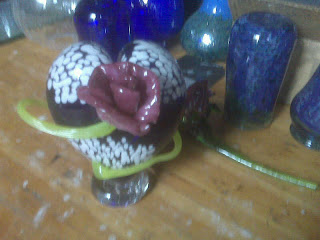 Posted by Unknown at 3:55 PM No comments:

Oh yes. Mardi Gras. Fat Tuesday. Shrove. We are again at the beginning of something new. The new year began just a couple of days ago and we are ready for changes in life and ritual. What shall we let go? What is to be held?
Posted by Unknown at 9:06 AM No comments:

Morning prayer is wonderful. Beginning the day in quite. Reflection and Thanksgiving.
Posted by Unknown at 8:43 AM No comments: